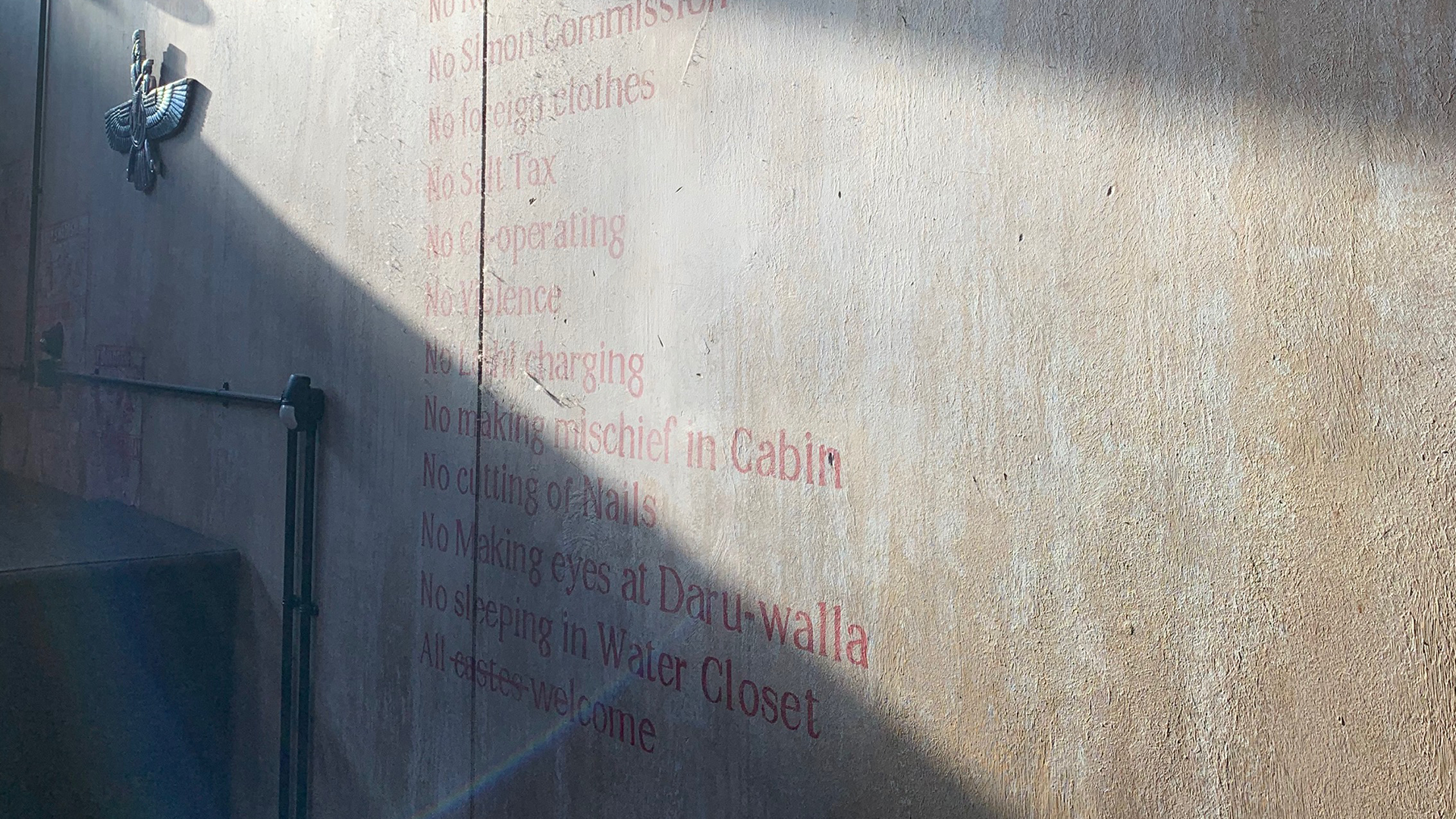 Here's volume three of my attempt to compile a monthly list of things I've enjoyed reading, watching, or listening to. The photo above is from the wall in Dishoom in King's Cross. I took this last week after eating way too much.

In Residence - Sophie Hicks
The Nowness has a wonderful video series called "In Residence" in which they look at various creative people's homes. There are so many good ones, but this one with the Architect, Sophie Hicks, is probably my favorite. Her home is pristine, maybe a bit too pristine for my liking, but the video itself is beautiful, especially the music which was created by Viljamny Backa.

Pier Pressure
Present and Correct posted a series of photographs by Simon Roberts showcasing a comprehensive survey of seaside piers in Britain. Most of the pier date back to the 19th century and are an iconic part of seaside Britain.

Color Dot Font
Bay Area studio, And Repeat, created a font composed entirely of colored circles. As they put it, "by replacing Latin characters with dots, the Color Dot Font makes visible the structures and patterns of written language." If you're a Firefox user, you can download and add Color Dot Font to the web browser. It changes the way you look at any page you visit and, with the horrific barage of horrible news right now, it makes looking at news site a bit more bearable.

To Serve and Protect
Last year, the last male Northern White Rhino died, meaning their species is close to extinction. There are two remaining female white rhinos left, a mother and daughter, who live together in Kenya. They are protected and monitored around the clock by a series of caretaker guards and armed police. The protectors and caretakers all live in small bush camp within eyesight of the rhinos. They live away from their families where they work 20 days on and 6 days off at the conservancy. Photographer Justin Mott has captured this powerful and heart-breaking story.

Silver Jews - American Water
David Berman is back with a new project and new album for the first time in more than a decade. After listening to the first single I became nostalgic for some of the old Silver Jews' records and spent a good part of the week listening to "American Water." Pitchfork recently posted their review of "American Water" (from 1998) where they tell Berman's sorry and journey in creating arguable his best record ever full of unforgettable lyrics and melodies.

49 Mile Scenic Drive
Growing up in the Bay Area, my family spent many weekends up in San Francisco. There is so much that is iconic about the city, but something often overlooked by tourists, but loved by locals, are the 49 Mile Scenic Drive signs. My sister and I used to love finding the "seagull signs" around the city. I really never knew the story behind these or the saga that ensued when they were slowly removed. Filmmaker, Bradley Smith, has made a wonderful 10 minute documentary about the signs, the signmaker (Rex May), and the movement to keep the signs hanging around SF.

18 of the World’s Most Wondrous Public Transportation Options
Atlas Obscura had posted a topic in their forums to collect some of their readers favorite public transportation options around the World. The list is full of funiculars, bamboo rail cars, elevators, gondolas and much more. The most suprising option was the "Ascensore Castello d’Albertis-Montegalletto," a small box-like car that travels horizontally and then turns into an elevator for a 300m vertical journey.

Los Angeles' New Green Deal
Mayor Eric Garcetti recently unveiled his sweeping Green New Deal plan for LA. It's all outlined in this 150 page pdf. Regardless of content (which I have not come close to reading in its entirety), it’s impressive to see a civic presentation incorporate this many images and graphics and do it pretty well. It’s pretty readable. For comparison, things like these are usually Word Docs in Times New Roman with some mind-numbing circle and bar graphs.

Every Touch by Lionel Messi v. Liverpool
Although Liverpool came back in dramatic fashion to win this tie, Messi's performance in the first leg was incredible - even by his standards. Thankfully, for once, we live in a time where this is well-documented. This video shows every touch of his in that match. Similar Maradonna in 1986 and Zidane in 1998, a camera followed Messi throughout the match. As the Guardian's Daniel Taylor put it, "...Seriously, what else can be said about this little guy with the No 10 shirt and magic in his feet.."

Eight-Year-Old Drums Along to "Good Times, Bad Times"
Here's eight-year-old Yoyoka Soma absolute crushing Led Zeppelin's "Good Times, Bad Times." Her goal is to be the best drummer in the World and she's off to a good start. Her performance is pretty incredible, but nothing compares to the absolute joy in her face and she tears the drumkit apart.